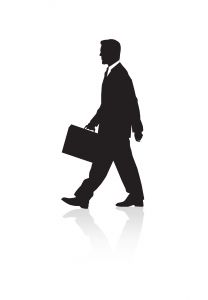 As most all of you know, Ken and I also have “day jobs” during the week aside of our passion in serving the Lord at LIFT and sharing messages each week about Jesus and the Bible.  Ken works for a division of a large Swiss bank (of course, it is Switzerland) and I work for a small (but still multi billion) German manufacturer of high end household products.  And as most of you understand very well and live it yourselves, the corporate world of international business can be very exciting and challenging in positive ways, but the negative side can be summed up nicely as a friend told me last Friday, “Corey, they call it work for a reason!”   With large companies nowadays, full of their beaurocratic structures, multiple divisions, egotistical executives and fierce competition to make more money while cutting expenses, it is common to see how people end up only performing in selfish ways with personal agendas to improve their bonus circumstances and/or their next level promotion with a new title on their business card without a care for the rest of the corporation or co-workers.  I’m not complaining, but this is a daily reality in the world.  CEO’s make and force decisions for higher profit (and often short term gains for shareholders), Vice Presidents execute the orders, but often in ways to make them look better (at a cost) to the other Vice Presidents, and downward goes similar actions at each level down the line…………just trying to model their superior’s actions, right?  Praise God that the church isn’t a corporation and all of the parts make up the body and by working together we are greater than working alone!

And then there is Jesus, not a CEO, but God in the flesh who “emptied” Himself of His divine powers to come and serve mankind from the bottom up.  I love this in Jesus.  He could have demanded to be called the King of Kings, He could have caused the angels to fight for Him (especially in the end to get Him off the cross), He could have played the CEO role and made compromises and deals with the politicians, rulers and high ranking church officials, He could have……….He could have……… really, He could have done whatever He wanted as He was/is God and part of the Trinity!  But He didn’t!  He instead gave of Himself and His love to serve others in a real and genuine way.  He was a friend of sinners, and a friend to you and me today.  He washed feet of those beneath Him, and He walks with us today!  He healed and gave hope to others (without a concern for a bonus, bigger home or new title on His business card) and he gives you and me hope today!  Yes, Jesus is our God and Savior, not our CEO!

We are continuing our journey through 1 Timothy this week as Ken shares the message.  For the next weeks we will look into God’s Word regarding His qualities sought for leaders and followers of Jesus.  I hope you can join us and look forward to seeing you there!